Listening to the Voice of the Customer

Here is the story of two companies and listening to the voice of the customer. One company, Company A, is struggling. It can’t seem to get potential customers to become actual customers. Sales and revenue are way down. The other company, Company B, is growing, even in this tough economy. Sales are up, and new customers are regularly signing on the dotted line.

What Is the Biggest Difference Between Company A and Company B?

While their offerings are somewhat different, they are actually very similar in many respects. Both work in the technology field, and both deal with customized services. Both have a strong web presence. Both are fairly small companies with the desire to grow. Both see their customers as large organizations, and both strongly believe there is great potential in their business. The biggest difference is the level of success.

Both companies also started off in much the same way. Someone had a vision of how to do something that seemed like a really good idea. They felt they had an innovative approach that should be in demand.

So why the big difference? Both companies talked to potential customers and heard what the prospective clients had to say. The biggest difference is that one company actually listened to the voice of the customer.

Company A had a concept that they felt would differentiate them from competitors. And they frequently managed to find their way into the conference rooms of potential customers because their service concept addressed an area where many companies struggled – and felt pain. The problem was that Company A’s focus during these meetings – the thing that they felt differentiated them from competitors (and that they wanted customers to pay for) – was not really the thing that potential clients were interested in.

Most potential clients were interested in quickly and temporarily increasing their expertise bandwidth in a particular area when needed. And while this technology expertise was included in the service, Company A also wanted to include other facets of service that most clients believed did not provide enough value and many thought was also too risky.

Yet, the selling proposition never changed. Company A intuitively felt the additional dimensions of service were valuable to customers, but the customers just didn’t recognize it. The communication was simply too one way. They continued to use the same marketing message and tried to convince customers of its value – usually to no avail. They never really listened to what the customer wanted. 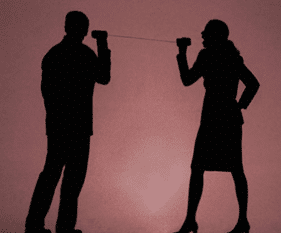 Listen to the Voice of the Customer

Company B also got their foot in the door of some big-time potential accounts to propose their idea. But Company B actually listened to what the prospects had to say and took note of the customer feedback. They realized that the service they had to offer was flexible enough to meet the customer needs. It wasn’t set in stone that they had to do things a certain way. Company B was more interested in pleasing the customer than selling something that they thought was a great idea, even if the customer didn’t want it.

As the selling proposition shifted to incorporate the voice of the customer, potential clients quickly recognized the value of the service that Company B offered. They could get exactly what they wanted and needed from Company B, and they were willing to pay for it. More and more frequently, when Company B got their foot in the door, they ended up settling in for a nice long stay.

Provide Value to Your Customers

At Bizmanualz we like to help companies succeed. Whether it is helping management align vision and mission along with objectives throughout the organization, improving processes and compliance, or making sure your sales and marketing efforts include hearing the voice of the customer, we want to help.