What Are the Benefits of Lean 5S?

Use 5S as it was intended and you'll have increased success and a satisfied workforce.

Much has been made about the lean benefits of “5S” — Sort, Shine, Set in place, Standardize, and Sustain — over the years it has been a part of the quality lexicon. Very little is said about the drawbacks of implementing a 5S system. 5S is an exceptional lean system, in theory. Where it often falls short is in the execution. Now, I’m not saying that for every benefit of Lean 5S, there’s a drawback. As designed, it’s all good. But like they say, “There are at least two sides to every story.”

Read about the Toyota Production System (TPS) if you haven’t already. There’s much to learn about the benefits of lean 5S in the TPS story. 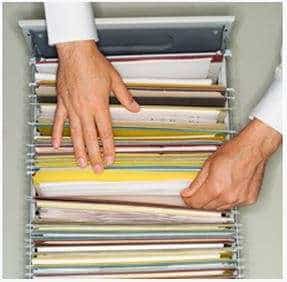 Drawbacks Of A Lean 5S System

The shortcomings of 5S are not in the system itself, but in how 5S is applied. Most companies that don’t get 5S fall short on the most crucial element of all — sustaining. To them, 5S isn’t a system — it’s an event.

What they don’t understand is that lean 5S isn’t a one-time-does-it cure, like a pill or injection for a serious physical ailment. 5S is a system, a cycle. It’s a habit the workforce gets into, like exercising three or more times a week to decrease the likelihood of a “serious physical ailment”. The company that doesn’t get much out of 5S probably isn’t incorporating the 5S philosophy in its daily routine. Perhaps they don’t understand lean thinking.

Clearing everything off of everyone’s desk once a year is not 5S. Having a place for everything and everything (back) in its place, every day — that’s 5S!

Lean 5S is sometimes applied rigorously — to the letter — by overzealous, micromanaging types. They mistake discipline for tyranny. Taken to extremes, 5S stifles individuality and creativity, lowering morale and productivity. (Believe it or not, people aren’t inspired when they’re told, “It has to be this way…or else!”)

Some managers don’t quite get the “standardize” part of 5S, either. Standardizing is about processes and procedures, not people. When you say every workstation has to have a uniform appearance, that doesn’t mean you have to rob individual work areas of personality. Limiting workers to “one or two personal effects, not to exceed a certain size or character”, has nothing whatsoever to do with 5S.

In the effort to optimize work flow, maximize efficiency, and gain productivity, sometimes we forget to “build” breaks into the day. We can’t possibly keep working at a steady pace throughout the workday, even though our machines and our computers can. Actually, machines and computers need maintenance and down time almost as much as we do. People cannot “multitask”, either. (Trying to multitask leads to irritability, sleeplessness, and a greater risk of illness, contributes to short attention span, etc.).

The moral of the story is, “Understand and follow the spirit of the law, not the letter of the law.” Use lean 5S as it’s designed and you’ll have increased success and a satisfied workforce.