What Are Swim Lane Process Maps? 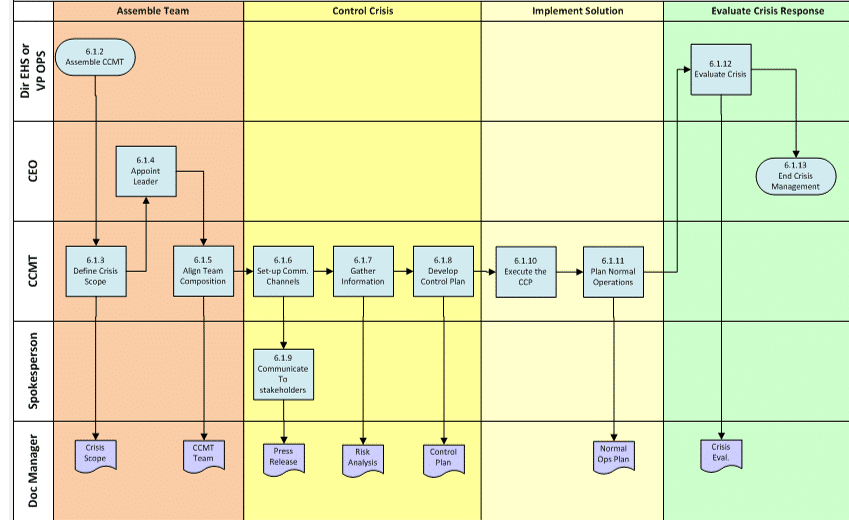 Asking, “how are we going to get from where we are to where we want to be?” is a question of implementation. What are the concrete steps we have to take to get there? Who is going to do what, and when are they going to do it? Using Swim Lane process maps is one way to answer some of these questions. 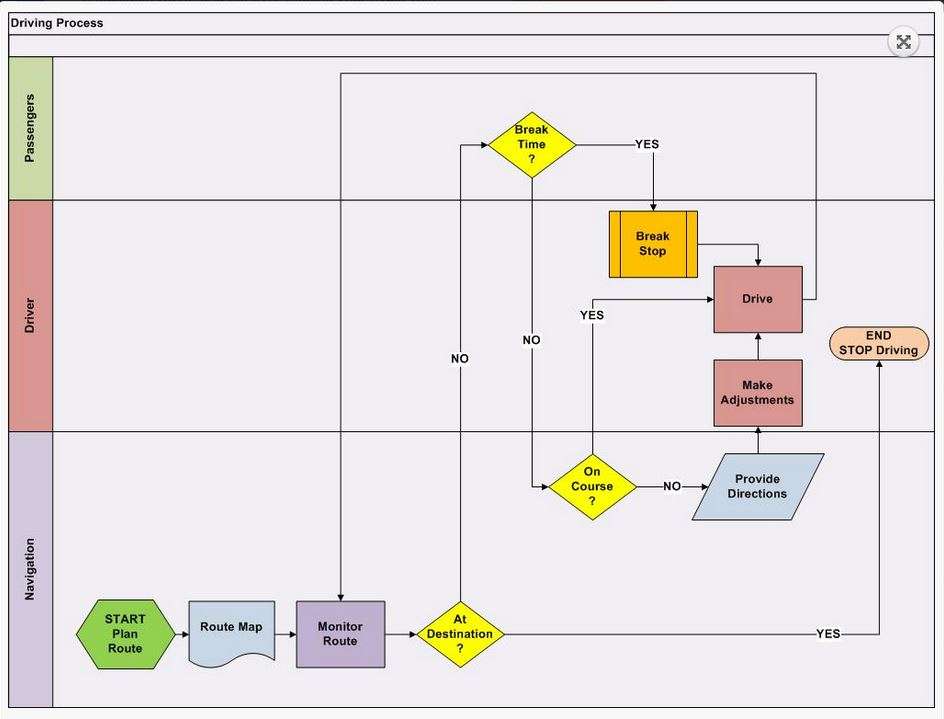 This swim lane process map shows the passenger (customer) in the first lane. Their role is mostly to ask questions. In the second lane, the driver accepts requests for breaks from passengers, and route adjustments from the navigator, who is shown in the third row.

What’s In A Swim Lane?

Swim Lane Diagrams organize tasks by role. Each role in the process is highlighted in a separate lane like in a competition swimming pool, a swim lane. Each role is responsible for every task, document or decision shown in their Swim Lane. The chart above shows three swim lanes: Passenger, Driver, and Navigator. In our swim lane process map, we always show the customer on top.

For example, in simple processes, customers may provide information at the beginning of a process in the form of requirements, and at the end when they buy the product. In more complex products, customer requirements may be injected more frequently. In the case of co-development or co-creation of products, customers may have responsibility for processes and therefore process steps would appear in their swim lanes.

With Swim Lane Process Maps, handoffs of control, and other information appear as vertical lines or arrows originating from an activity in one role and connecting to an activity in another. The answer produces different actions, which is another indicator that this role is a customer.

Vertical lines can be used to designate time-bands or phases of a process.

For example, in the Crisis Management Swim Lane process map there are four colored bands, one for each phase of the crisis management plan.