What Is Aerospace Quality AS 9100?

In the aerospace industry, original equipment manufacturers (OEMs) and suppliers have historically dealt with a large number of often conflicting standards and regulations. The number and complexity of these standards,as well as the fact that they often conflicted with one another, made for high costs to produce aerospace goods and did little, if anything, to address the issues of quality, safety, and reliability. So, what is the Aerospace Quality Standard AS 9100 and how did it come about?

The Aerospace Quality Standard AS 9100

The aerospace quality standard is published by the prevailing aerospace associations and/or standards bodies for each region. In the Americas, the SAE is responsible for publishing and maintaining AS 9100 (currently on Revision B, released in mid-2014.). In Europe, the European Association of Aerospace Industries (AECMA) publishes and maintains EN 9100 and in Asia, the Society of Japanese Aerospace Companies (SJAC) maintains the JISQ 9100 standard.

The Problem of the Past

For a number of years, OEMs used a hodgepodge of customer and regulatory requirements (US Department of Defense MIL-Q-9858, etc.) and added company-specific requirements to come up with a wide-ranging, inexact, and often burdensome set of standards. Furthermore, these so-called standards were prone to change from one project to the next, so that they weren’t quality standards in the true sense.

Because so many standards existed and because of the increasing complexity of the aerospace supply chain — more and more work was being farmed out, or subcontracted, by the major aerospace companies — it was difficult for any company to know which rules applied and why.

From Military Standards to ISO 9001 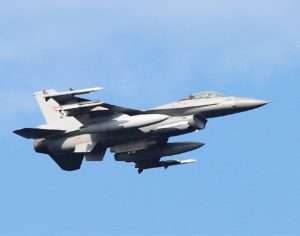 With the dissolution of the Soviet Union and the accompanying decrease worldwide in defense spending in the late 1980’s, defense contractors began branching into the already active — and highly competitive — commercial aerospace business.

At about that time, the US Department of Defense was moving for a “single process initiative,” which called for dropping contract-specific requirements in favor of commonly accepted commercial practices. Their hope was that the process of fulfilling contracts could be standardized and simplified, resulting in greater consistency throughout the supply chain.

The world’s major aerospace contractors decided that an internationally accepted standard would work best in the long run. As luck would have it, the International Organization for Standardization (ISO) had developed the first ISO 9000 quality standard. This became the de facto quality standard for the aerospace business.

ISO 9000, as well suited as it was to standardization, was too general to serve for long as the aerospace quality standard. First, it doesn’t address industry-specific needs. Second, it doesn’t cover regulatory requirements for safety, reliability, and maintainability that are unique — and crucial — to the aerospace business.

A group of major US aerospace prime contractors gathered to create the American Aerospace Quality Group (AAQG) under the American Society for Quality (ASQ) umbrella in 1995. Their first attempt at an aerospace quality standard, ARD 9000, was released the following year. Shortly thereafter, the AAQG aligned itself with the Society of Automotive Engineers (SAE). They refined ARD 9000 and released it as AS 9000 in 1997. 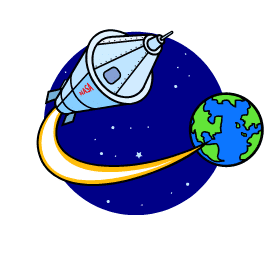 AS 9000 focused on issues of paramount importance to the aerospace industry — the relationships and requirements of regulatory agencies to the business, the size and intricacies of the vendor-supplier-buyer community, and especially those core processes that affect safety, reliability, performance, and maintenance. With the increasing global reach of the aerospace business in the 1990’s and beyond, AS 9000 was extended throughout the world.

Bizmanualz AS 9100 Aerospace Policies and Procedures Manual includes prewritten aviation quality procedures conforming to the latest revision D that can be easily edited and customized to fit your organizational needs.

ISO 9000 Internal Auditor class are forming now. You may also call for your own private in-house classes today.