The Tech Support Manager is responsible for Information Technology asset (specifically, hardware and software) installation throughout the company and as such, is responsible for ensuring installed assets are named according to the IT naming conventions spelled out in this document. 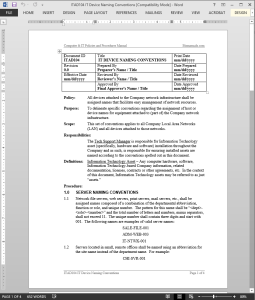