How Does a GIF Work and What are GIFs Commonly Used For? Social media has become part of our daily lives and revolutionized social communication. We communicate through SMS’s text messages. We use stickers and emojis, and GIFs. How does a GIF work and what are GIFs commonly used for?

GIFs, What They are, When and How to Use Them 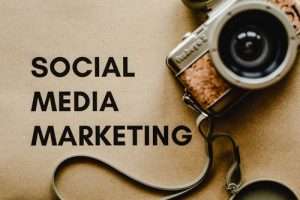 GIF stands for a Graphical Interchange Format used for an image file and it also allows for creating animated images in a small file size. Besides the debate over how you should pronounce gif (whether with a “G” or a “J”) what is a gif, and when and how should you be using them? But first things first. The correct pronunciation has been settled as a “J.” Let’s investigate together.

What is a GIF?

Initially designed for graphics, GIF files are now widely used as simple animated images on the web. Essentially, a GIF is simply an animated image. A GIF is more like an old-fashioned flipbook used to illustrate how animations work than it is a video. A GIF can be easily incorporated in to your digital marketing.

The GIF file actually is capable of holding a bunch of still images. When these are downloaded in a specific way, the result is the presentation of a cool flipbook type animation. Giphy is a service provider that hosts and serves up GIF files worldwide. It serves up 10 Billion GIFs daily.

Where are GIFs Used? 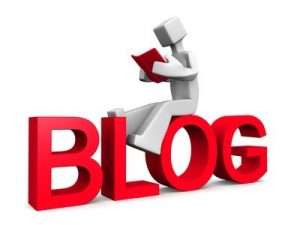 GIFs are used daily on social media, in blogs to help promote a business, and instant messaging applications, often used as emotive reactions. You probably know that you can often choose between sending a sticker, an emoji or a GIF. GIFs have been integrated into WhatsApp, Twitter and Facebook Messenger.

When Do You Use a GIF?

Millennials often state in surveys that they prefer to use GIFs to covey their emotions as they are far more effective at conveying emotion than words are. They also convey the message much quicker and with far less text time than you have time for. A GIF is also a great way to quickly share an in-house joke between friends and colleagues and has a secret code between closed groups.

Use them to convey humor. For example, you can choose GIFs from thousands of movies. People generally understand movies, so it’s a convenient way to draw parallels between movie scenes and real life. GIFs sit alongside memes and viral videos. They are generally short clips, easy to share, eye-catching and speak volumes.

The average attention span of viewers on social media is 8 seconds. However, GIFs usually are only 2 to 5 seconds in length. So use them to attract attention and convey your message using a short, catchy image that can convey as much as a video on steroids.

How Do You Make a GIF?

Great news! You don’t have to outsource your gifts to a team of graphic designers

or cartoonists. News just in! You also don’t have to pay anything to make your own GIFs. You don’t have to even spend your hard-earned money on expensive software. All you need to do is go online through your browser and access a GIF converter.

In short, the process is generally to follow these simple steps:

When All is Said and Done

You can make your own GIFs to add spice to your online content or posts on social media without needing a graphics expert. Nothing is stopping you but your own decision to limit yourself. So set yourself free – Go GIPHY!