How Do You Get a Show on Public Access TV?

Public television is known for its open door to new talent. Since it is a free-to-air service, it can be considered another social media channel in your digital presence marketing plan. Anyone from any background can come in to try to make a great TV show, becoming the first step for some of the biggest names in Hollywood, like Selena Gomez, Morgan Freeman and Ben Affleck. How do you get a show on public access TV?

Public television, also known as community access, or cable access television, is the US’s answer to the overwhelming amount of adverts broadcast on television. Their philosophy is to display not-for-profit entertainment. Famous examples include Mr. Rogers’ Neighborhood, Sesame Street, and PBS even introduced America to Monty Python’s Flying Circus.

If you’re looking to get involved with public access TV (television), there are some aspects of the work that are different from what you’d expect from traditional television channels. Luckily, that usually means easier access. Take a look at our guide for all the details.

The first step to the process is to figure out which local station you’re going for to leverage video content. Most public stations are local channels, focusing on the area around you, but that doesn’t mean you can’t apply for a couple of channels, especially if you are close to a border. 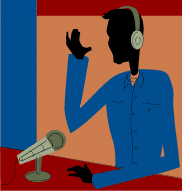 You can find out your local community access television station by looking at the NCME Public Media Maps home page, under “resources”. Once you locate your state you will be presented with a list of stations within it, which in Seattle covers Northwest Public Broadcasting, Cascade Public Media, KSPS PBS, and KBTC.

Look up the community access requirements you need to adhere to if you want to be considered for the channel. Some channels will require a background in video production, but if you don’t have that you can take a class on it to submit your content.

Make sure you have your pitch ready, because now it’s time to get in touch. Look up how to contact the station with information on their website and ask to speak with a representative about your ideas. 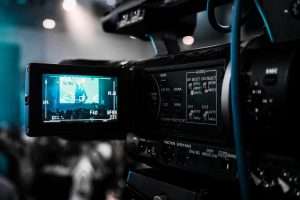 Once you’re approved, take note of the instructions and requirements given to you by the station to make your content. You will have to follow FCC guidelines to make sure your content is safe for the public to see, but also the requirements of the station, which is usually family-friendly so doesn’t aim for “edgy humor”, for example.

Target Audience for Your Video

Use Your Creative Video Talent

You get to flex your creative muscles making your public broadcast content. Whether you’re into filming, editing, acting, etc., you can now use your creative video talents for creating engaging content. Keep in mind that this is meant for television though, who will expect high quality content.

This isn’t YouTube online content, where the homegrown low-quality content is appreciated for being genuine, but television, where people are looking for professionalism. A lot of public access stations will allow you to use their equipment, although some of them require that you go through a training course to use them correctly and lessen the chance of damaging them.

When you’re done creating, simply get it to the station either by mail, email or by uploading it to the station website along with any information they ask for like your contact information, content type, slot preferences, etc.  After that, it’s just a matter of waiting to see if your content was accepted, so stay by the phone. As an added benefit, you will have videos to use in your sales funnel.